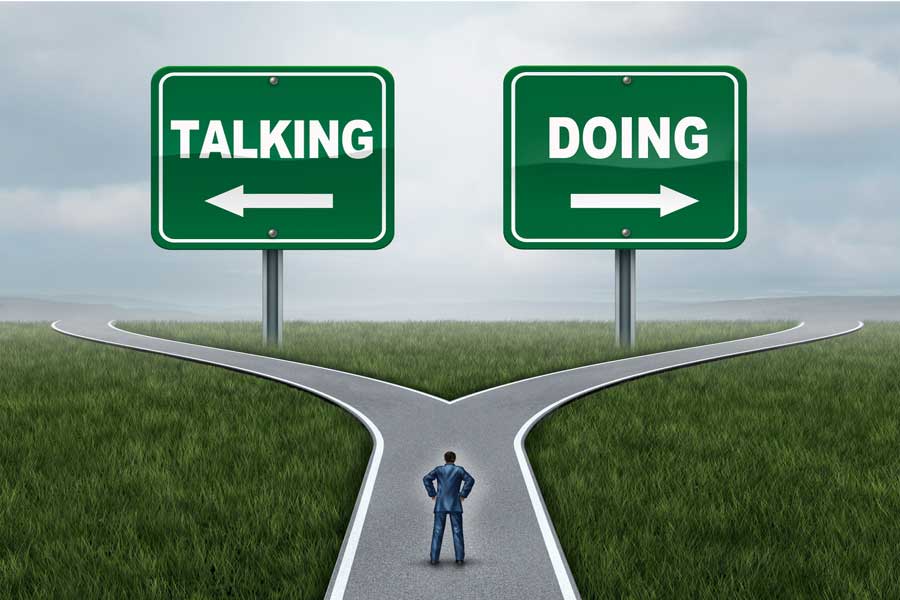 We all know that in philanthropy some planned gifts are deferred; that is, they happen sometime “later.” Fact is, often the deferral is at our end.

Eager Beavers Who Were Ready to Launch

In January of 2010, a local school asked us to help them with their planned giving program. They had a solid alumni base ready to give. All the school had to do was market their program and educate their constituency. Real simple, right? Their VP, planned giving officer, major gifts director and board members were enthusiastic, eager and pumped. Our simple, affordable $12,000 proposal was approved, setting them up for millions. Huge return on investment. Right?

Then Came the Deferral

“We really want to do this, but we’re a little busy right now. We can’t begin until October.” Meaning, 10 months later. Alright, no problem. So 10 months later we got the program rolling, correct?

This is so typical … October came, and the VP resigned (Are you a job hopper?). In December, the new VP told us he had to “settle in” and asked us to revisit a year later. A year later they needed another year to make a decision. After that year, they needed to meet with the board for “approval.” Finally, they got back to us asking for a proposal since they had to choose from a selection of six vendors. No thank you. We’re too busy helping those who really need to be helped and are ready for it today, even the very small shops who need our starter series — and they are beginning to get ahead of the game. A “no thank you” has been my company policy since then. My message to those who procrastinate and aren’t that serious about receiving planned gifts, please wait (excuse the pun) to call us until you are. My message to procrastinators: please do not call us.

It’s Been Seven Years. No Program. No Gifts.

How many planned gifts have they missed in those seven years? (Answer: a lot.) Lesson learned: the more we defer planned gifts, (because they are, in fact, “planned”) the more deferred the gifts will be. And while we busy ourselves spending countless hours editing “a gruesome planned giving newsletter” (vs. our Newslets), taking calculator courses and other seminars that do not really impact outcome, someone else —someone more proactive and not necessarily smarter—will get the gifts.

It’s as Simple as That.

So deferral is as much our fault as it is the grim reaper’s. Okay, so you and your staff aren’t quitting your jobs and the example is an isolated case, right? But ask yourself: what mailing or marketing campaign are you putting off until someone decides that planned gifts are not some futuristic pie-in-the-sky pursuits but real money that can be obtained faster than you think? Or waiting for the 11th board member who is on vacation and has not gotten back to you yet with an answer that really is not so critical?

Most people do not want to pay for something they will receive “sometime in the future,”

… and they “defer” gifts out of our reach forever. But the few who choose to be proactive and delay gratification—they’re the ones who see the money rolling in. And their careers booming.   Categories: Planned Giving Marketing, Relationships, Self Improvement