Are You Sending Out Death Brochures?

Does Anyone Really Read These Things?

I remember the first time I encountered a “planned giving” newsletter. A college in Minnesota sent me theirs for a critique.

Which I did with cackling glee.

As a communications attempt, the poor thing was a wreck. The writing was technical and trite; the prose of an accountant’s final exam. The headlines were a tragedy, they were so inept. And it was glaringly over-designed, a common feature of publications with nothing to say.

It was created, for a fee, by some vendor that has hundreds of similar nonprofit clients. In exchange for the fee, you get a professional-looking “planned giving marketing communications” program that requires relatively little work on your end.

The same basic material appears in all these canned newsletters: descriptions about planned giving products (charitable remainder unitrusts, say) mixed in with the client’s photos (and logo) and probably a donor story, for human interest and to provide a role model.

But there’s a fundamental problem, I think.

These “newsletters” aren’t really newsletters at all. They are an item dreaded and despised by a majority of donors: a naked attempt to sell.

You or your vendor can call it a newsletter from now till the end of time. But it is … in actuality … technically speaking … an unwelcomed sales brochure.

“It often takes decades,” one of the better known of these communications firms says on its web, “to build a strong planned giving pipeline…. Therefore, it’s wise to maintain your marketing efforts even though you might not initially see the rewards.”

I don’t disagree about sticking to your knitting; it does take time.

But I do wonder if it’s also “wise” to send to your best prospects over and over a so-called newsletter that they don’t actually want.

How do we know nobody wants these things?

He’s personally interviewed more than 16,500 donors about their likes, dislikes, and motivations.

And one thing he’s discovered that they don’t like at all is what they derisively call “death brochures.”

To recap: that canned “planned giving newsletter” you’re paying for is viewed by your recipients as a death brochure.

And you’re probably sending it, what, at least twice a year? “Oh, goody! Look what’s come, honey. It’s the latest issue of our death brochure. Round up the kids!”

I have yet to see a planned giving newsletter I could love.  And here I’m talking as a donor, not a critic. They come into existence for the wrong reason: to sell stuff. Donors will never welcome them.

Do this, instead: promote your various planned giving opportunities (endowed funds, etc.) in your regular donor newsletter.

You Don’t Need a Death Brochure

In my opinion, you do not need a special planned giving newsletter. But you do need a donor newsletter [Done right, which takes quite a bit of time, effort, and money ~ Ed.] that regularly reports on what you’ve achieved thanks to philanthropy … and that lavishly appreciates the donor’s involvement (a.k.a., donor-centricity).

That kind of newsletter, consistently sent over time, under the same format and brand, is the secret behind great retention and higher lifetime value (i.e., the making of planned gifts).

[Before haphazardly developing any planned giving marketing tools, you should begin with a 12-Month Marketing Plan in place. This will be your road map to success.] 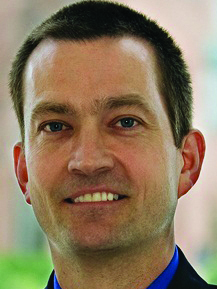 PrevPreviousDonor Events. Fun for Business?
NextAre You a “Binge Fundraiser?”Next