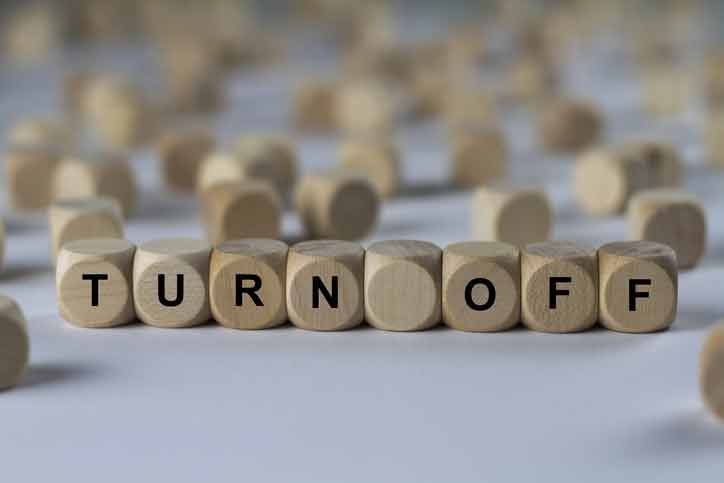 At the risk of sounding mean, I have to admit I get a good laugh whenever one of my wife’s magazines runs a “celebrity style do’s and don’ts” feature. Have you seen some of the fashion faux pas in these things? I can’t believe people pay for these outfits. Some of them look like they were designed by a blind, drunken monkey with a grudge against humanity. I mean, if you want to look like Bellatrix Lestrange on a really bad day, I guess that’s your right. But I maintain that some fashion choices are just plain mistakes — like mullets, leg warmers and fanny packs.

I may not publish Vogue or Cosmo, but I’ve decided the philanthropy world needs a Top Ten List. I’ll call it “Fundraising Fails” — and luckily for you, I’m leaving fashion out of it. It’s borrowed from a book called Donor Care by John Haydon, a digital marketing expert for nonprofits. I’m including his list — with my own commentary — of the top ten mistakes that fundraisers can make.

Or don’t say it quickly enough. I’ve heard so many stories about nonprofits that don’t get around to saying thank you for weeks, sometimes months, after a gift. It seems unbelievable, but some never say thanks! Haydon says if you don’t remember what your mother taught you, you’ll lose about 13% of your first-time donors. I think that figure is pretty low — I personally know several folks who took nonprofits off their gift list for not expressing a little gratitude. I mean, come on … even the utility company sends a “thank you” after you’ve made a bill payment, and it’s not like they’re in any danger of losing your business!

Number 2:
Bragging About Your Organization

You remember that guy from high school who constantly bragged about all the touchdowns he made? You know who I mean — the dude with the big mullet, big muscles, and tiny brain. He’d always forget to mention the real reason for his success: the team. Yes, it’s true that people need to know about your nonprofit’s accomplishments. But you need to frame them in the right light. Brag about the donor who made it possible for a cancer patient to walk his daughter down the aisle. Brag about the supporter who helped a single mom afford an after-school program. Bragging about the goal your nonprofit reached is the philanthropic equivalent of Charlie Sheen ranting about having tiger blood and Adonis DNA. (And if you remember that PR mess, you’ll also remember he got fired by CBS. Winning!)

Number 3:
Not Personalizing Emails With at Least a First Name

This is fundraising 101. There’s simply no excuse for beginning a follow-up email with Dear Friend. It’s Dear Sean or Dear Amanda or Dear Engelbert. Your donors have first names. Use them. Otherwise your dear friend is going to (rightly) think you really don’t care enough to send the very best.

Number 4
Sending the Same Fundraising Emails to Every Donor

Have you heard about the guy who gave the same Valentine’s Day card to his (now ex) wife, his mother and his sister? Let’s just say things got a little awkward at the next family dinner. If you think your donors don’t compare notes, or can’t see through a form letter, you’re as delusional as Charlie Sheen (see above). Haydon suggests at the very least you divide your messages into donor segments: first-time, repeat, sustaining supporter. I suggest that you go a step further, and learn the value of personalization.

Don’t you hate CAPTCHAs? I mean, “check all images containing street signs” — come on! Do you check just the sign, or does the pole count, too? What if it’s a tiny portion of a sign? What if it’s some other kind of sign? If you’re using CAPTCHAs on your donation page, or relying on a stale website that’s not mobile-friendly, you’re throwing money out the window and giving donors a good reason to fund some other organization. And please, please, please don’t subject your audience to a pop-up on every page, or (shudder) multiple pop-ups on the same page.

Number 6:
Not Asking Donors Why They Gave

There’s a story behind that donation, and stories matter. If you’re not getting it, you’re 1) missing out on an opportunity to inspire other donors and 2) not giving your donor validation. In the end, the gift is more about the donor than you or the nonprofit. Don’t be tone deaf to your donors’ lives and stories, because they’ll soon find another nonprofit that isn’t.

Donors need to be told their gifts are accomplishing something meaningful. Tell them, specifically, why their giving made a difference. Again, stories matter — and if you’re not showing a donor where their money is going, they’re not going to stay a donor for very long.

Number 8:
Not Asking for a Second Gift

Or, for that matter, a third and a fourth, plus a planned gift. This is not being pushy. You’ve told your donor they are having an impact and bring something good to the world. They’ll want to continue doing so, so give them that opportunity. Likewise. . .

Number 9:
Not Telling the Donor What’s Next

Have you ever seen rally racing? It takes two people: A driver (duh) and a navigator. If the navigator doesn’t tell the driver where they’re going next, the car’s going off the next corner and into the woods. Don’t be a bad navigator. People like to know where their relationships are heading, and it’s a lot harder to pull a donor out of the woods than keep them in the loop. Don’t leave your donors hanging. Let them know how much you value them, and how you’re in it with them for the long haul.

Number 10:
Not Fixing What’s Broken With Your Donor Retention Strategy

Maybe you’re one of the few fundraisers who’s not guilty of making at least some of the above mistakes. But chances are you’re not faultlessly relating to your donors, either. Don’t bury your head in the sand. Instead, be willing to fearlessly identify and address any problems. If you do, you’ll be someone with a style to imitate, not laugh at. And you’ll definitely have better luck than the guy from tip Number Four.