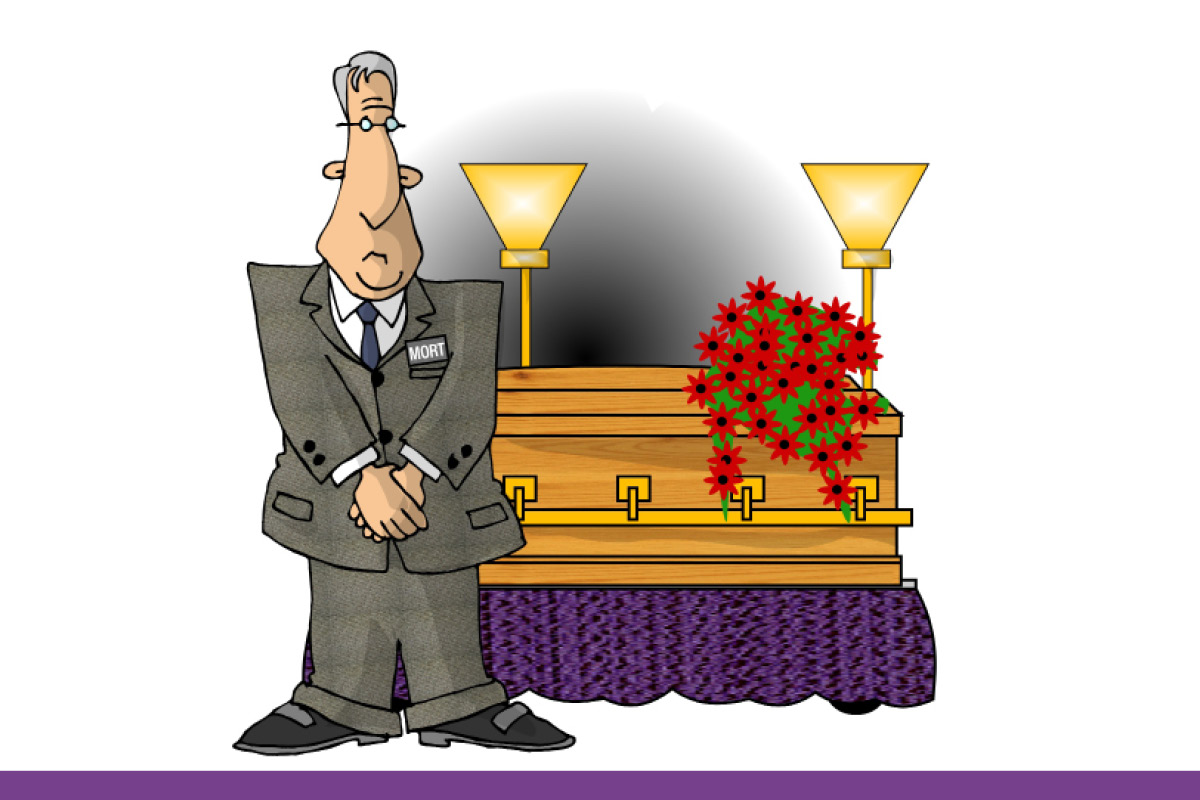 The Donor will Never Know. Why Attend His Funeral?

“I really don’t want to go to that funeral. You think the family will notice if I’m not there? I mean, we’re sending them a thank-you note for her donation, and I already sent a sympathy card …”

“True. I think it’s probably OK to skip. Besides, it’s not like she’s going to notice,” replied his friend.

“Yeah, I dunno. I’m still on the fence. She gave a lot to us … I mean, what if her family notices? Or her friends? She was pretty active with the legacy society, so other donors will probably be at the funeral, too.”

THE CYNICAL VIEW FOR THE “YES”

Will the donor know whether you attended their funeral? My guess is, probably not … but knowing for sure is “far above my pay grade” — and probably yours, too.

Yes, the donor’s family will know.

Is the payout from that charitable remainder unitrust just around the corner? Maybe. It’s best you go so that the family, and most importantly, the executor, sees you there. And hey — if you express sorrow for their loss, maybe they’ll even process your organization’s check first. Cha-ching! Then (because your priorities are in the right place, ahem) skip the reception lunch after the funeral — you can probably make the 1 p.m. Peloton class.

Yes, the community will know.

Your organization has a reputation to maintain. It’s going to look pretty shabby if you’re not there as a final “thank you,” especially to a well-known donor.

Of course, your absence might have the opposite effect — people will think your nonprofit is so busy saving puppies, it doesn’t have time to send anyone to a benefactor’s funeral. Word will spread, and the donations will pour in … right … ?

Your other donors will know.

Donors to the same nonprofit are often close friends with each other. You need to be there, so they can see how wonderful you are. While you’re at it, maybe you can repeatedly interject into conversation statements like, “You know, I even skipped my Peloton class to attend.”

Better yet, comfort her grieving friends and family by saying, “I could be burning calories right now, but my donor’s cash means a lot to my nonprofit.” The sheer goodwill your great sacrifice elicits will probably move those other legacy society members to shower your organization with even bigger gifts!

But there’s the far more important reason to go to your donor’s funeral:

It Is the Right Thing to Do.

It’s too bad so many people have to debate whether they should “do the right thing.”

Yes, your time is valuable. No, it’s not like the donor is going to get up and say, “Thank you!” (And please, if they do, don’t tell me. I don’t need that image keeping me awake at night.)

But to me, do you know what’s more valuable than time? Doing the right thing — and it is its own reward.

Consider this story: A fundraiser friend of mine told me about his donor, Sid. Sid, as they would say at the time, was “a confirmed bachelor.” He had no family, and his entire estate was going to his favorite charity. And really, with no family and not a lot of friends, there wasn’t much more than “doing the right thing” that brought my friend, the charity’s fundraiser, to the funeral.

I’m told that it wasn’t a huge funeral, but it quickly became a memorable one. Since Sid lived alone, he went to eat out for just about all his meals. When the funeral director asked anyone to come forward to share memories of Sid, the audience stirred a bit. Then, one-by-one, a line of restauranteurs came up and told their favorite story about Sid.

It didn’t seem that many knew each other. They all just had Sid in common — and now, each other. Sid’s final gift? He left behind a small community with a love of good food, and fond memories of their favorite customer.

They all met because they, too, were “doing the right thing.” In the end, his casket was carried out by five chefs, and my friend, the fundraiser.

So Maybe I Was Wrong.

Maybe there’s one more reason to go to the funeral of a donor:

Go to reflect on the memories of your donor, all your donor did for all the people they helped through your organization, and how you were a part of it. You might have to skip the gym, but if you’re lucky, maybe you’ll make a memory you can share about your donor’s final legacy.

And that will even make you grow more.