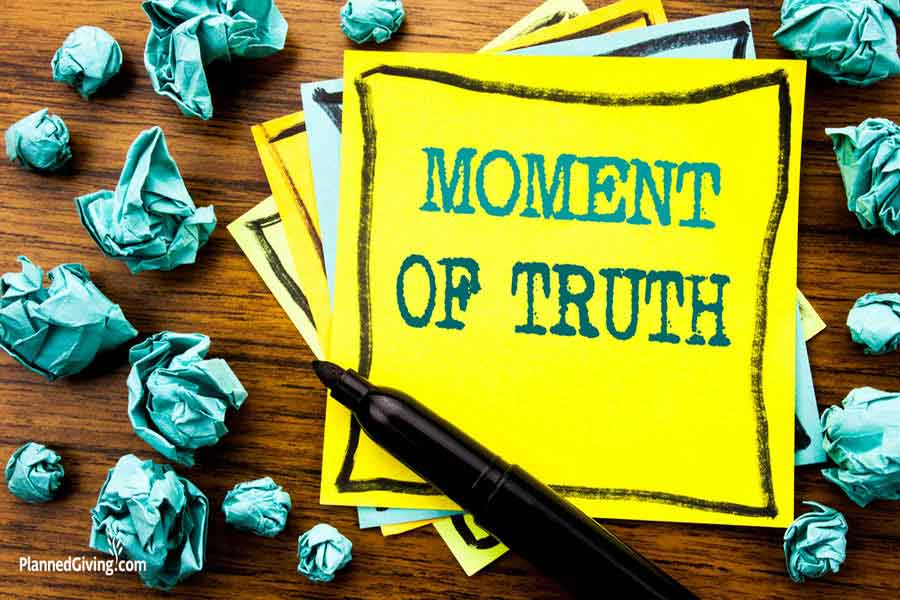 Remember when news broke that Tiger Woods was cheating — not at golf, but on his wife? The media jumped all over the story; the interwebs were soon alive with the gritty details: It turns out that (pardon the pun) Tiger’s two-timing was par for the course. He wasn’t having just one affair, but a bunch — and his lovers, as the story went, included (gasp!) adult film stars.

The scandal and resulting fallout were huge. Tiger lost major sponsorships with Gatorade, AT&T, Tag Heuer and more. He took a long break from professional golf, only recently returning to the links in a form resembling his glory days. It was a defining moment in his career — and for the somewhat reserved sport itself.

As a society, we’re drawn to scandal.

We buy books about it, watch movies and TV shows about it. Social media’s always abuzz with a story about some Hollywood star’s arrest or indiscretions. And sometimes, they become large enough to define an error … err, era.

Scandals rock the nonprofit world, too.

… and can also turn into defining moments. Take 1995’s New Era Philanthropy scandal. When the dust settled, John G. Bennett Jr.’s Ponzi scheme had fleeced hundreds of nonprofits out of about $354 million.

The nonprofits, big and small, all had one thing in common: They realized too late the entire proposition had been too good to be true. New Era had promised to double the nonprofits’ investments within nine months. The funding was to come from anonymous, wealthy philanthropists.

Instead, the investments were used to meet the promised double-your-money payments — and Bennett’s personal, substantial dips into the till. Bennet received a twelve-year sentence in federal prison on eighty-two counts of fraud, money laundering and similar other charges.

Harvard, Princeton, and the Boy Scouts were okay.

They were sturdy enough oaks to withstand the shock, but a small seminary in suburban Philadelphia felt the impact after investing $5.8 million. The crisis nearly shut down the school. My friend #ScottJanney (now at Muhlenberg College) had become Biblical’s Director of Development just as the crisis broke, and didn’t want to be the last Director of Development at a former seminary. “President David Dunbar was understandably upset. He and the trustees had done due diligence, had taken the advice of experts to go ahead and invest with the understanding that the money they would be able to bring in could transform the school,” he says.

Scott devised a kind of salvage operation, advising Dunbar to be as honest as possible with donors. “He liked the idea, and we went to work on a four-page letter that explained how Biblical had become involved with New Era, to what extent the involvement occurred, and what losses we were looking at. He took full responsibility for the debacle and asked forgiveness. That was it.”

With the consent of the trustees and other leadership, Janney was put in charge of drafting a letter of apology to be sent to anyone who had made a contribution since the seminary’s first involvement with New Era. “The CFO suggested that we offer to give back the donations of anyone who felt we had influenced them to make a gift based on the scheme. I felt strongly that there would be no ‘ask’ and no return envelope. Asking for money would not only have been counter-productive but in really bad taste after what had happened. People had donated to the school on good faith, and this scandal had happened. The president agreed to state the decision was his fault.”

What happened next is pretty mind blowing!

“Very soon people wrote back, and they included checks. They didn’t want to see Biblical fold. They believed in its mission. One man who had never heard of Biblical complained to the president of a college that had been involved that he had never seen anyone apologize. When that president handed him a copy of Biblical’s apology, he sent a $10,000 check to us. In the end, the seminary’s annual fund increased by 33% that year, and total fundraising topped $1,000,000 for the first time in its history.”

Scott’s solution proves honesty is the best policy (are you reading this, Tiger?) Here’s his advice (Scott’s, not Tiger’s) for nonprofits (or any organizations) facing tough times: 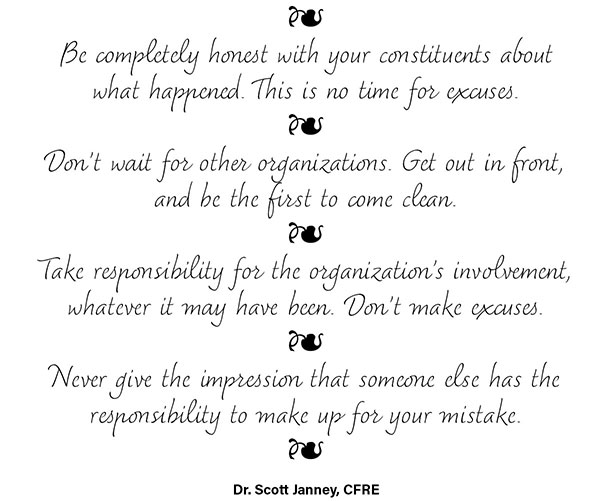 Defining moments contribute to #organizationalsustainability, says #AriBetof, a consultant in the field and a Penn crony of mine.

It’s not easy, but defining moments can, and should, be used as opportunities to learn and grow, even if it takes time. Look at Tiger — he recently won his first major golf tournament in 11 years.