How do you view planned giving? Is it simple, or complicated?

One of the biggest misunderstandings I see in the non-profit world is the mistaken belief that planned giving is complex and mysterious.

A development officer is asked to take on the new responsibility of initiating and developing a planned giving program. Let’s assume this development officer’s background is in annual giving and major gift work. What is the first thing she usually does once she puts on the “planned giving director” hat? She begins looking for a seminar to attend on charitable lead trusts, charitable remainder trusts, gifts of complex assets, etc. All this can seem overwhelming — because it is.

It doesn’t have to be that way

Whether you are the Chattanooga Symphony, a Community Kitchen, or Harvard, 85% of all planned gifts are simple bequests. Too often, planned giving folks — especially new ones — get caught up in the details of complex gift forms and end up “majoring in minors.”

Now imagine our up-and-coming planned giving director focusing instead on meeting face-to-face with existing donors who have supported her organization for many years, and asking them, “Have you ever considered including us in your will or estate plan?”

Not a complicated approach

Over time she will enjoy tremendous success securing plenty of planned gifts.

Of course, there is a place for charitable remainder trusts, lead trusts, and the like. But the vast majority of the planned gifts for your organization will come from simple bequests. That is why I recommend creating a brief document with suggested will language that you can supply to donors and their attorneys when you ask about estate plans. [Editor’s note: include appreciated “stuff, ” IRAs, and life insurance, too; these are easy to give and to receive.]

There is a whole industry built around making planned giving more complicated than it really is. Seminar promoters want to sell you on attending their expensive programs, but don’t worry about that stuff. Just go see your loyal donors, tell them your story, and ask them to include your organization in their will.

You will be pleasantly surprised and do a lot of good in the process. 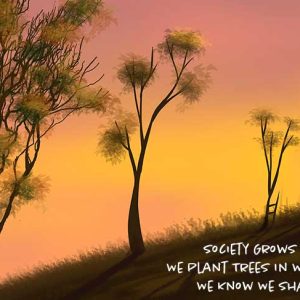 PrevPreviousEvery Dollar Looks Big to a Nonprofit
NextWebsite Messaging That Works: The Library Sells Its SizzleNext