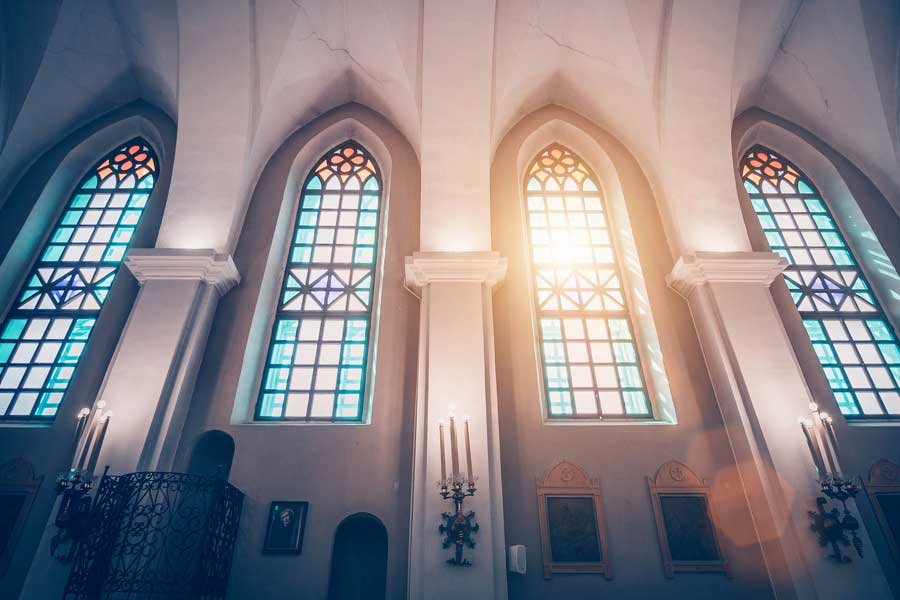 Planned Giving and the Church

“Ladies and gentlemen,” the pastor says as he stands at the podium, “It’s your favorite Sunday of the year… budget Sunday!”

The congregation sighs and settles in for what the pastor knows is actually their least favorite Sunday. “Please take a look at the insert in your bulletin,” he continues. “You’ll see that we didn’t meet our budget again this year.” His audience knows where this is going: The church is struggling to accomplish its mission, but the congregation is not pulling its weight in terms of monetary contributions. The end of the fiscal year is certainly no holiday for churches, pastors, or congregations.

Churches and pastors in the United States have long struggled when they talked about money and fundraising. They have been even more tongue-tied about endowments and planned giving. The United States may consider itself the most religious Western nation, yet its churches rank near the bottom of US charities in soliciting and closing major and planned gifts. Instead, contributions take the form of small cash donations put in the collection plate. Of course there are notable exceptions, and there are faith-based organizations that have been pioneers in planned giving. Nevertheless, at a time when secular non-profits are realizing the need to build their endowments, churches are still asking for operating support only.

It’s not that they don’t need long-term reserves (read Ten Reasons Churches Should Have a Ministry of Legacy Giving).  Deferred maintenance on aging church buildings often results in costly structural crises, avoidable with a maintenance endowment. Church work is becoming more staff intensive, and budgets for salaries and benefits increase steadily. As governments at all levels cut back on social programs, many congregations are stepping in with aid efforts that strain weekly collection totals.(The social focus is not just on local soup kitchens, either: Evergreen Baptist Church in Los Angeles supports an orphanage in Japan, a hospital in Haiti and outreach programs in Mexico and China – all on an annual budget of less than $1 million.)

Contributions to churches in real-dollar terms do continue to increase, and Americans still direct the majority – 63 percent – of their philanthropic dollars to their churches. But their commitment is lagging: congregants are giving less of their disposable income to churches than they did thirty years ago.

Among Catholics and Protestants, per-member giving as a percentage of income decreased from 3.1 percent in 1968 to 2.6 percent in 1997.

As concerning as this trend is, it’s the absence of a sustained planned giving program in most churches that really represents a missed opportunity.  The few wealthiest churchgoers are being solicited, but their upper-middle class brethren  – the same prospects who receive and respond to planned giving promotions from schools, hospitals and cultural organizations – haven’t heard that their church has to build its endowment and wants them to consider a planned gift.

What They Hear From the Pulpit

Unfortunately, part of the blame for this planned giving blind spot rests with pastors and their stewardship committees. While preachers may think about spiritual matters in the framework of eternity, they are often more comfortable asking for money that will be used immediately to relieve human needs – and letting providence provide for the long term. They were not trained to be fundraisers or tax-planners, and are reluctant to preach about topics with which they’re not familiar. Their lay advisors on the Stewardship Committee may have financial backgrounds but often lack the expertise to launch and administer a planned giving program for the congregation. With neither the pastor nor the advisors taking the lead, endowment building and promotion of estate gifts remain undone on churches’ to-do lists.

Congregations grow comfortable with the silence. Indeed, many churchgoers object to endowment building on philosophical grounds. Some believe that their church should use all available resources to meet human needs today rather than maintain a physical plant or create a bankroll for the future. Others argue that too much financial security is worldly baggage that cushions a pilgrim church from daily reliance upon God to provide.

Churches that make endowment building a goal can be strengthened in their decision by data showing that congregations make major and planned gifts when they are encouraged by the pastor and by marketing materials to do so.

They can also observe the benefits that promoting planned gifts has brought to arts and social welfare organizations. These are non- traditional fundraisers with whom churches may identify themselves more than with large colleges and hospitals. When these organizations start marketing endowment giving, hidden donors and expectancies come to light, gift discussions begin, immediate support increases, and a consensus forms that the organization must continue to make a difference in the future and that it needs long- term financial strength to do that.

Churches also start major and planned gift fundraising with a prospect base that would be the envy of many other non-profits: a geographically concentrated group who know and identify with each other and consider their affiliation with the church to be a defining characteristic of their identities.

The job, then, is to convince these prospects that their church must begin to build its endowment. What’s the first step? Most churches will need professional advice to make their case for a successful planned giving program. Then follows sustained marketing and the ability to follow-up with donors.

Churches need to spend money to raise money, as David Schmelling, a minister and planned giving consultant, has said. Hiring a fundraising consultant will give the church a goal, a plan, and a timetable. A professional consultant is also the safe person on the planned giving team who can ask about the wealth and giving inclination of individuals in the congregation – data that is the prerequisite of any successful fundraising campaign (of course, the consultant will need cooperative “moles” to answer her questions).

The consultant can also help close the gifts that will follow. The limitations in expertise and response time of even the most talented volunteer board can fatally delay a gift commitment.

Churches promote planned gifts in a slightly different environment than other nonprofits. The recognized spokesperson – the pastor – may convince prospects in a general way of the need to build the church’s endowment, but is unlikely ever to become comfortable discussing details of the gift plans that will build the endowment. Members of the Stewardship Committee can provide valuable technical advice but few want to become the parish point person for gift planning. And, few individual churches have yet hired a full-time endowment-giving officer.

If no one person is responsible start to finish for planned giving, marketing in the church becomes a two-step process: dialogue about the need to build the endowment, initiated by the minister or the stewardship chair, supported by marketing materials that raise the congregation’s consciousness about the benefits of planned gifts in leveraging larger contributions.  Stewardship volunteers may, for instance, write (or ghost- write) a regular column in the church bulletin, place a year-end giving guide on the literature table, or organize an estate-planning coffee. These communications can point prospects to an off-site professional for follow-up gift information.

But church bulletins can get lost by Tuesday morning under the reading pile on the kitchen table, and the estate-planning coffee can be empty if the Fashion Show committee schedules a surprise meeting. For a sustained marketing presence, churches are now using planning giving websites. It’s a sure way to start members thinking about possibilities for stretching their giving dollars. The site describes bequests, life insurance and appreciated property gifts, and life-income arrangements, all along with corresponding videos.

The churches website will capture the attention of many senior church members who today browse the Web, email their grandchildren, and invest online. These donors are looking for the sites of their favorite organizations and will explore once they find them. Seniors are the fastest growing group of Americans on the Internet.  This ready audience, savvy, financially secure and happy to find that their church is online, will dig into an interactive website about endowment giving.

The Gifts Are There

Churches need not abandon their commitment to meet human needs today if they also plan for their financial future.  If told, their congregations will understand that attending to the poor, attracting talented preachers, providing social outreach, and maintaining the roof and updating the office computers will take even more money tomorrow than it does today. They will understand that an endowment will help relieve future congregations from the dilemma of having to choose one financial priority among many to meet because of a lack of revenue. They will also agree that planned gifts make endowment-building commitments easier.

So get the word out about planned gifts today with a simple planned giving website.

If America is as Christian a nation as Americans say it is, then planned giving donors are sitting in churches today. They just need to be shown the light.