Whenever the subject of ethics comes up, everyone scatters. It’s as if the topic is known to be important—somber even—but, like castor oil, is to be taken sparingly and quickly. And then you’re outta there.

This is why I’m convinced the only reason my students at NYU show up for my lectures on ethics, as the discipline relates to philanthropy, is that they are required to be there. If it were an elective, I suspect attendance would be sparse at best.

At other presentations on the topic, planned giving council meetings, for example, where the attendees voluntarily show up, they seem inclined to sit at the back of the room. They dutifully take notes, but ensure themselves minimal risk of actually engaging in what might be a conversation or debate.

Let’s face it: except for the serious thought that went into writing the ethics codes at the National Committee on Planned Giving and the Association of Fundraising Professionals, the idea of ethics, as an active, engaging, and permeating part of what we do as fundraisers, falls well short of where it needs to be in our daily routine.

It’s as if most fundraisers think simply placing their signature under a statement indicating that they will abide by an ethics policy fulfills their obligation. But by simply signing on, we don’t engage. By not staying vested in the principles embodied in the policy, we don’t endorse.

Instead, we act as robots, intellectually apart from the real meat of ethics. And ethics in a vacuum aren’t really ethics at all.

Here’s the bottom line: There’s absolutely no shortcut to planned giving ethics. You need to stay the course and follow the high road. And you need to follow your organization’s policies and procedures.

Anything less is simply unacceptable. 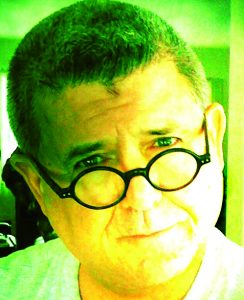