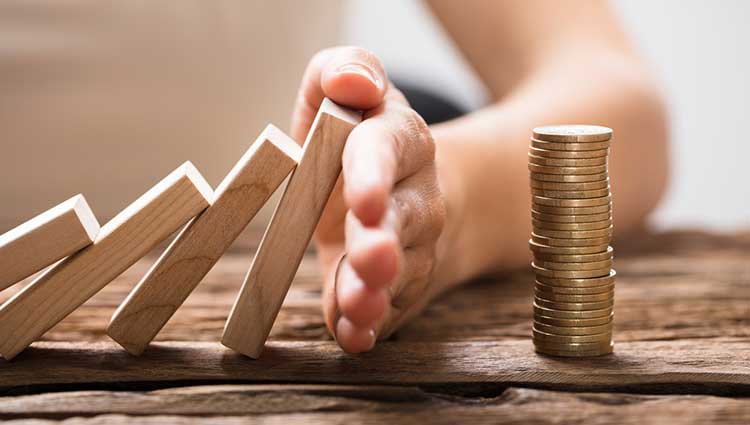 Money Mistakes You Need to Avoid in Your Lifetime

Personal finance is largely about taking a proactive approach to planning your future. Along the way however, it’s also about avoiding common mistakes that typically result in unnecessary financial stress. Because these mistakes don’t always get as much attention as advice about what you should do, we want to look at a few you should avoid throughout your life.

While this sounds like about the most fundamental personal finance point there could be, it’s something a lot of people fail to do regularly. After all, it’s easy enough to get through a day not realizing you’ve spent as much as you have. Buy a latte in the morning, fill up your gas in the afternoon, order something online, and have dinner delivered and it feels like an ordinary day. But add all of that up and you may well have spent $30 more than what you should be budgeting for in a given day. Simply tracking your spending — which you can now do easily enough through an app — helps you to maintain a clearer picture of what your budget looks like, and where you may need to cut back. It’s an easy enough habit to get into, and not doing so is a common mistake.

The mistake of not investing early is unfortunately becoming increasingly common. We’re seeing it in particular in millennial investment trends, which suggest that younger people are attempting to wait until they have more money to invest it. On the surface, this sounds sensible enough. Smaller amounts won’t be as effective in markets, and without spare cash it’s difficult to invest much. Nonetheless, one of the most basic tenets of investment is that the earlier you start, the more time your money has to appreciate. Avoiding early investment is typically a mistake in the long run, even if you only have a little bit to put into the markets to start with.

This is essentially another version of the point above, because putting money away for retirement is a form of investing. Nevertheless, it’s important to make this point on its own. This is a form of investing that’s a little more complex than some assume. For one thing, you’ll have to choose between specific plans, as well as take advantage of fund contributions from your employer, if they’re available to you. You’ll also need to consider inflation with regard to retirement, factoring in the depreciation of assets in your plan. Before even getting into the details though, remember the same core rule underlying market investment: The earlier you begin to put toward your retirement fund — even if it’s only a little bit — the longer it has to appreciate. Many young people today put off starting different kinds of retirement savings, and ultimately cost themselves thousands down the line by doing so.

Another common mistake is to amass different debts over time, and wind up stuck paying interest on all of them. There’s student (and graduate student) loan debt; there are credit cards to pay off; there are car and apartment payments, taxes owed, and so on. Being saddled with some or all of these kinds of debt is not unusual for young and even middle-aged people. The common mistake, however, is to simply accept these debts and pay them individually, rather than consolidate them to do away with interest payments. Many do not realize that debt consolidation is among the most prominent types of personal loans, and is designed specifically to solve this problem. Essentially, this sort of loan goes toward a lump sum of debts, such that it pays them off — and knocks out their interest — leaving you with only the loan itself to repay.

Not Asking for More

Asking for more may not sound like an ordinary aspect of financial management. With this point though, we’re referring specifically to the idea of asking for a raise at work. Simply put, a lot of people are hesitant to fight for their value and ask for more from their employers. Yet a majority of people who do request raises wind up seeing an increase of one kind or another. What this suggests is that not asking for more amounts to leaving money on the table — a money mistake that can result in your making less money than you should for months or years at a time. This doesn’t mean you should recklessly ask for more money whenever you please. However, if it’s been a while, if you’ve taken on more responsibility, or if you feel notably undervalued, it may be time to have the conversation.

The negative power of self-limiting beliefs is something we’ve discussed in the past. To recap, it is essentially thee notion that allowing yourself to believe that you can’t or won’t do something leads to action that fulfils the doubts. You can see why this can be particularly problematic with regard to financial goals and milestones. If you allow doubt to guide you — believing you can’t earn a certain amount, can’t get an investment portfolio off the ground, or won’t ever pay off debt — it may just turn into a sort of self-fulfilling prophecy. It is therefore important to maintain positive beliefs with regard to your financial future.

Considering all of the above, it’s important to count avoiding common mistakes among your personal finance initiatives. There are a lot of easy ways to miss out on a better financial future, and by addressing them as best you can, you will put yourself in a decidedly stronger position. Article written by Rachel Judd Exclusively for PlannedGiving.com Category: Self Improvement