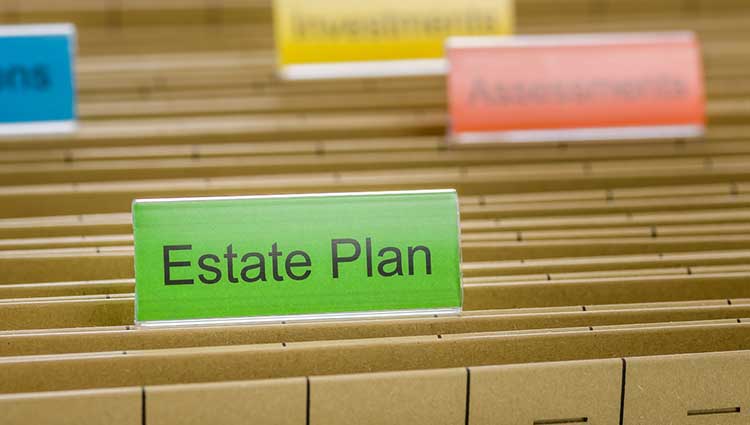 Now his family, friends, and business associates are apparently fighting over a bunch of deals and agreements that were scribbled on thousands of sticky notes plastered all over the walls of his Utah mansion.

Hsieh was just 46 years old, and succumbed to injuries sustained in what the media has called a “suspicious fire.” He was retired from Zappos, but still a very active wheeler and dealer in the business world. One such deal, according to The Wall Street Journal, has already resulted in a $30 million claim against the estate, which has been valued at $500 million.

Hsieh’s loved ones are going through hell right now. How do I know?

I’ve been there. My Dad died without a will (and hated estate planning), and my wife and I spent months just sorting through his accounts and files. And while Dad wasn’t poor, he certainly wasn’t worth $500 million. Nor did he scribble all his business dealings on sticky notes. But he knew better — and he still left behind a sizable mess for us to clean up. We didn’t even have time to grieve.

Hsieh, while no spring chicken, was relatively young. He had no wife, and no children. And it’s been reported that he struggled with mental-health issues in the year of his death.

But none of those is an excuse for lacking a will. And when you add in the fact that he was making multi-million dollar business deals and risking the financial futures of others, well, it’s unforgivable.

Where there’s a will …

… there’s a way forward. And it makes no difference whether you’re a multi-million dollar shoe magnate or a minimum-wage nine-to-fiver.

I’ve said it time and time again: If you die intestate — without a will — your estate is out of the hands of your loved ones.

Any wishes you’d had for it — from charitable intentions to ensuring your granddaughter gets your china set — essentially die with you. The estate immediately goes to a probate court, which will appoint someone of their choosing to handle claims made against your estate and the distribution of whatever assets remain.

If you haven’t established a will or trust, your estate will be subject to excessive, often avoidable taxation that will slice a huge percentage off the top. You’ll throw away money that could have gone to your heirs or favorite charities. You’ll put your loved ones through a series of needless, lengthy, frustrating, and heartbreaking court proceedings. You’ll line the pockets of lawyers, instead of helping the people and causes you care about.

Creating a will is the only way to ensure all your wishes will be carried out after your death. Spare your loved ones the heartache of having to grieve and walk a legal tightrope at the same time.

Surveys and studies have made it abundantly clear that the majority of Americans don’t understand the importance of a will: More than 60 percent of the U.S. population lacks a valid estate plan.

That’s why we strongly encourage our clients to educate donors about the importance of a will. You’ll be helping them (and their families) avoid a complicated mess. And you’ll also be giving them an opportunity to help you, by remembering your nonprofit in their estate plan. It’s a perfect way to show them how they can invest in their legacy with a favorite charity.

In fact, we believe so strongly in the importance of estate plans that we’ve developed a new tool to encourage your donors to create one. It’s a free will-planner called the LegacyPlanner™ — and it can be seamlessly integrated into our planned giving websites. It educates the donor about the importance of an estate plan while also showing them the transformational power of a gift to your organization.

Look, I realize wills aren’t sexy. No one wants to talk about, or think about, death. But it’s one of the most important documents you (or your donor) will ever create.

And encourage your donors to do the same.