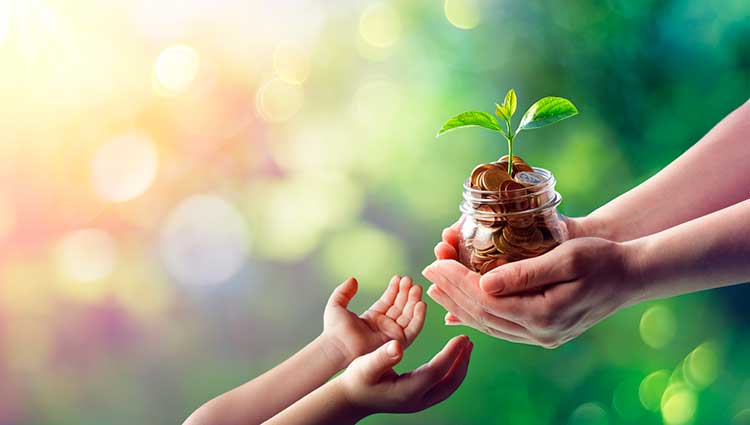 The Countdown to Generational Wealth Transfer

The great “Generational Wealth Transfer” has long been talked about in financial circles. While generational wealth transfer has been spoken about in a future sense, there are several indications that this phenomenon has already snuck up on the market, and that we are already seeing the effects of millennials acquiring inheritances. Millennials are beginning to seep into the real estate market and the stock market, and their financial behavior is starting to shake things up. The stability that was given to the overall financial industry by Baby Boomers can no longer be counted on, and there is uncertainty in the field. So, what does generational wealth transfer mean for philanthropic giving? Is your nonprofit prepared to pivot your entire workflow and processes to cater to a younger population that is showing increasingly high prospect markers?

What Is the Generational Wealth Transfer?

Generational wealth transfer is the exchange of significant monetary amounts between Baby Boomer parents and their millennial children. While millennials have been notoriously characterized as a financially struggling generation that has been swallowed in debt, the tables are about to turn as their wealthy parents age and begin to allocate their assets to family members. Baby Boomers have always kept their wallets close to their hearts, and while this served them well during their lives, generational wealth transfer is about to cause monumental shifts in the world’s economy. As Baby Boomer parents begin to involve their adult children in estate planning, millennials are preparing to acquire significant amounts of money over the coming years. While the full force of generational wealth transfer was predicted to be in effect within the decade, there are signs that this process has begun a little earlier than expected. RBC Wealth Management reports that $150 billion dollars is set to be exchanged between generations by 2026.

How Do We Know Generational Wealth Transfer Has Begun?

One of the greatest signals of the current generational wealth transfer movement is the real estate market across North America. In the recent past, the market seemed to be dominated by foreign investors, which inflated the cost of housing and kicked off a housing crisis in many major cities. Recently, we have seen more millennials enter the housing market and purchase investment properties. While just a few years ago millennials were struggling to acquire homeownership, the recent boom is related to generational wealth transfer. As Baby Boomers have started paying off their own properties, they are focused on helping their children. The vast majority of new millennial homebuyers have received financial assistance from their well-to-do parents in order to acquire a mortgage. This is truly the first indication that generational wealth transfer has begun. There are other significant movements by millennials that prove that they are beginning to access family money. While many are finally qualifying for mortgages, they are also diving into entrepreneurship. With inherited dollars in their pockets, this generation is finally beginning to sustain itself in the business world.

What Impact Will Generational Wealth Transfer Have?

The generational wealth transfer will shake up all financial systems and processes that have been in place for decades. As Baby Boomers are known for acquiring and hoarding money, their predictable financial behavior has helped keep the markets steady. However, millennials manage their money much differently, and antiqued financial systems simply will not support millennial’s consumer behavior. The market will have to shift in order to handle the upcoming generational wealth transfer. As we are seeing this change happen quicker than expected, it is essential that financial institutions are on their toes to handle the influx of millennial money. Nonprofits will not escape this change unscathed. Millennials are great supporters of philanthropy, but if major gift departments continue to use the same tried-and-true methods of solicitation that they used for Baby Boomers, they may find themselves falling short. While Baby Boomers tended to hold on to their riches until the end of life, millennials may be unpredictable with their financial contributions. It will require different tactics to build relationships and ask for donations with this group. Nonprofits should welcome this change in donation behavior but must be prepared for the change. Philanthropic causes should prosper as a result of this transfer, but only if they take the proper steps to correctly utilize the funds.

Philanthropy pioneer Robert Sharpe Jr discusses the impact of generational wealth transfer in his article Is the Wealth Transfer Bus Finally Leaving the Station? He believes that we are entering the “golden age of philanthropy” and that organizations should be prepared. He discusses the importance of tax policy on charitable giving, and how it can be used to increase donation amounts in the face of generational wealth transfer. Due to the vast majority of estates being exempt from federal taxation, heirs are no longer losing out when a portion of the estate is dedicated to charitable giving. Robert states that “If estate taxes don’t apply, the family owes nothing on their portion of the estate and they actually receive more, while the charity receives the same amount.” Major gift departments can provide this information in their planned giving attempts, and explain the significance to potential donors. Sharpe believes that people committed to philanthropy will give the same amount, if not more, once they realize the benefits of the tax exemption. Highlighting the benefit of estate tax can help potential donors feel at ease with the fact that their charitable giving will not impact an inheritance.

How Do Nonprofits Evolve their Methods for Generational Wealth Transfer?

In the face of generational wealth transfer, nonprofits must become agile in their methods of donor acquisition. It is well worth both the time and financial investment that may come along with evolving the methods with which their team members cultivate and provide stewardship. One of the biggest areas that may need some work is your nonprofit’s marketing strategy. Reconsider your target audience. How will you reach both the Baby Boomers that are still in control of their finances, and the up and coming millennials? Since you are dealing with two groups with differing psychology and behavior, it is neglectful to assume that your current strategies will work for both groups. Second, major gift departments should shift their focus to gaining annual donations from millennials, as opposed to end-of-life planned giving arrangements. While millennials still may divvy up their money at end of life, they are also a “here and now” generation. They want their charitable contributions to help people today, not in 40 or 50 years from now. You may also see the ultra-wealthy begin to form LLCs for donation purposes, following in the footsteps of charitable trail-blazers like Mark Zuckerberg. Organizations should become familiar with how to deal with a situation like this, in the event that they happen upon it. If a smaller nonprofit is in the beginning stages of establishing an endowment fund, it would be wise to solidify that plan with the board of directors in the near future. Since millennials tend to give differently, you may not have to wait for donations to come rolling in over several years. Being able to funnel impromptu contributions into an endowment is the most efficient way to protect your principal fund and allow the money to work for your organization long-term.

The great wealth transfer has begun much sooner than previously anticipated. Financial institutions and nonprofits were expecting this event to occur in the near future, but there are strong signs that Baby Boomers have begun financial transfers already. With an increase in millennials in the real estate market, and the acquisition of money as parents set their children up to help care for their end-of-life health care expenses, planning for inherited funds should become a priority for stakeholders. The transition into millennials becoming the target for donor solicitation is not something that can wait for nonprofit organizations. The organizations that hit the ground running to readjust their expectations, targets, and strategy are the ones that will come out on top. Any organization that ignores the signs and still operates under the assumption that the great wealth transfer will happen over the coming years may be left picking up the pieces. Category: