We have a mission statement

This question is intended to address:

Clearly, a low score on this question implies weakness in one or more of these areas.

Raising scores is simply a matter of composing a mission statement if your organization does not have one, communicating this statement to individuals within the nonprofit, and cultivating understanding of the statement among them.

When composing a mission statement, bear in mind the following:

In making sure your whole organization is up to speed on the content and meaning of your mission statement, use the “elevator metaphor”:

Imagine you’re riding up in an elevator with a prospect. How would you describe your mission in the most concise and compelling way in the 30 seconds before the elevator reaches its destination?

Your mission statement is your nonprofit’s reason for being. It is the very core of what attracts your constituents.

Your mission is to establish it and communicate it. If the good work your organization intends to do will have no relevance after one or two lifetimes, how can you make a case for planned giving? Your donor needs to know that their legacy will be changing lives for the better long after they themselves have gone. Otherwise, what does leaving a legacy mean?

Our mission will still be relevant in 50-100 years.

You’re not going to have a great deal of success selling your supporters on “immortality” with an expiration date.

We have a compelling need for charitable support to sustain our mission.

This question is intended to reinforce your understanding and appreciation of how important these issues are in the successful promotion of planned giving.

Therefore you must consciously compose and communicate your mission statement to prospects in a way that creates compelling images of positive giving outcomes into the indefinite future. If your organization has no compelling need for charitable support, you’re going to have a heck of a time convincing prospects that they should leave you a legacy! But a low score on this question is more likely to mean your organization has not focused on articulating its compelling need for charitable support. It also means it’s time you started.

Your mission statement tells supporters what you do. This compelling case for charitable support explains in no uncertain terms why you need their help to continue to do it in the future.

We have an effective strategic plan to implement our mission.

Explaining this case to your prospects is another opportunity for you to be donor-centered. Keep your audience in mind:

The donor focus helps you engage their hearts and minds, enlist them in your cause, and create a better future together.

“If you fail to plan, you are planning to fail”

Even nonprofits with a well-articulated mission statement and case will not garner support without a strategic plan to engage supporters in the life of the charity in a donor-centered way. Most charities spend their time trying to figure out how to separate prospects from their money. What if instead the charity had a strategic plan that:

Think of your strategic plan as the manual telling everyone at your organization today, tomorrow and five years from now what needs to be done to garner support for the mission. It will include both a calendar with short-term, intermediate and long-term goals, as well as a detailed set of instructions of how to move forward. It is a living, breathing document to keep you on course, but also able to adapt to changing circumstances over time. When respondents give a low score on this question, what they’re saying is, “Planned giving? Who cares?”

Our staff and Board leadership are interested in pursuing long-term support.

There can be a lot of reasons why someone might feel that way about planned giving, though it’s unlikely that you do since you have already shown you are interested in learning more. Simply put, the reasons for promoting planned giving for your nonprofit are so compelling that anybody who’s not interested is simply unaware of these advantages.

(Of course they may be the kind of person who’s not interested in anything — but that situation is beyond the scope of this website.)

Look at it this way: Planned giving needs to find supporters within your nonprofit — preferably unanimous support — before you can effectively seek planned giving support from prospects outside your organization.

This shouldn’t be an uphill fight. Planned giving sells itself. But here’s one technique you can use on anyone who resists common sense: Make that person think that they thought of the idea! If your organization’s financial house is built on sand, don’t expect supporters to rush to invest in it.

We are financially stable.

An orderly fiscal house is required for successful promotion of planned giving:

This is one more area where getting everyone in your nonprofit on board with planned giving is helpful. You’ll need the financial officer’s help to guarantee that your PG program is founded on rock. Don’t be one of those nonprofits that “don’t ‘get’ it” about endowments! Because then you’ll be missing out on a powerful means of strengthening your nonprofit and securing its future.

We pursue endowments to ensure our long-term future.

To find out more, you cannot do better than to simply read Debra Ashton’s great article, It’s All About Endowment: But Most Nonprofits Still Don’t Get It. (It opens in a new window, so you won’t lose your place.)

It explains everything, and hopefully will get you motivated to go after endowments for your organization. Do you have a revenue “pipeline”? On one level, starting a planned giving program is the process of building and operating such a pipeline — and enjoying its benefits.

We regularly garner support from individuals.

How? Well, this question is basically asking if your organization has a constituency of supporters to whom you regularly reach out for donations. That’s your prospect pool.

We have a group of loyal donors who have supported us in the recent past.

Imagine yourself as a prospective donor. A charity asks you to make an investment in their future, knowing that you will not be there to see if the charity uses the money for the purpose for which it was intended. Would you be more likely or less likely to make such a commitment if the charity was asking for current gifts and using them effectively? Almost everyone wants to see evidence that the charity is using past gifts well before committing to a planned gift.

Voluntary individual support is a necessary step for the success of all planned giving efforts. In seeking your best prospects for planned giving, the key determiner is loyalty.

It doesn’t matter how much these donors give; if they give you something every year, they should be your focus in cultivating planned gifts.

Identify the most loyal givers on that list – individuals who have given regularly for fifteen years, regardless of dollar amount. These are your best prospects. These are the supporters you want to cultivate first for planned gifts.

That’s the “pipeline” — you already have a line of prospects waiting to hear your compelling reasons why they should leave a significant legacy to your organization. As your annual giving effort continues to bring more supporters on board at the low-dollar, short-term level, your planned giving effort can select from them the most loyal donors and start them on the road to a significant gift.

When you harness all activities of your nonprofit to work together, you obtain maximum philanthropic traction. The most humble cash gift solicitation can start a giving relationship with a donor; cultivating that relationship and directing it towards ultimate gifts is what your planned giving program does. A simple rephrasing of this question would be: “Am I really serious about planned giving?” If you don’t have at least an hour a week, you’re not trying.

Not when that hour can mean so much in the way of revenue for your nonprofit, fulfillment for your supporters, and accomplishment for your career. And as some of you already know, the more time you dedicate to your program, the better results you’ll see.

We have 1 hour per week for the next year to invest in planned giving.

Short-staffed or just getting started? Planned Giving in a Box™ makes everything easy — all you need is one hour a week and you can be “in the game.”

If you’re already in the game, you’ll grow more with our Enterprise Solutions. Contact us. 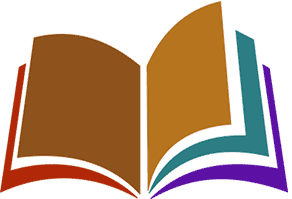 This is the definitive resource for professional gift planners. It covers all of the relevant information you’ll ever need as far as technical details go.