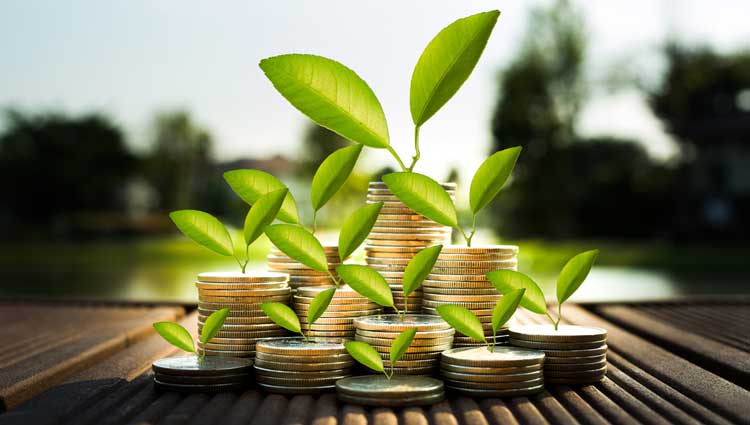 The Golden Age of Philanthropy

The rapid changing of society, aging of baby boomers, and influx of wealth to younger generations is shaking up the philanthropy world, and we may just be headed for the best era of charitable giving in history.

Leaders in the nonprofit sector have been hearing about “The Golden Age of Philanthropy” for years, and it has seemed so far away. But recently, due to the impact of recent social justice movements and the expansion of social media, some of the most well-known figures in the field believe that we have finally entered a new era.

What is the Golden Age of Philanthropy?

The late Robert Sharpe Jr., a leader in philanthropic giving, has referred to the upcoming era of charitable giving as “The Golden Age of Philanthropy.” He believes that there are significant market indicators that point us towards finally passing through the gates of the new age of fundraising.

As someone who has been in the fundraising game for many years, he has written about the accumulation of wealth and changing wealth markers in his article “Is the Wealth Transfer Bus Finally Leaving the Station?” He discusses some of the impacts anticipated for the upcoming years.

Due to the changes, we are seeing in society and financial markets today, there are indications that we are entering the Golden Age of Philanthropy. As the world shifts towards aging Baby Boomers and millennials making up the majority of the workforce, the way that people donate charitably has started to change.

One of the markers that we have entered the Golden Age of Philanthropy is that we are seeing more crowd-funded donation initiatives rather than single, large contributions coming from wealthy donors. Since the use of social media has become so prevalent, donating to nonprofits has become accessible to all income levels.

In the past, philanthropy was something that was embraced by the upper class and sometimes used as a status symbol. If you could afford to make big contributions to charity, you must have lots of cash, right?

These days, anyone can give charitably, from the CEOs of multi-billion-dollar companies to the teenager that works for pocket change at McDonald’s.

Has the Golden Age of Philanthropy Begun?

With an influx of social media fundraising campaigns and the accessibility of online donations, we have seen a rise in contributions, indicating that we are entering the Golden Age of Philanthropy.

It is worth noting that the philanthropic landscape is changing in the Golden Age of Philanthropy because we currently have four generations donating to charities; Baby Boomers, Gen X, Millennials, and Gen Z. What we are seeing is that there are differences between how each generation gives, but that they are all giving in some capacity.

On top of younger generations accessing wealth from their parents, this is also a unique time due to new tax policies and the number of childless Baby Boomers that are now considering estate planning. Robert Sharpe discusses the differences between Baby Boomers and the generations before them and notes that they are likely to be more sophisticated with their money, and are likely to “adopt” a charity as their legacy.

There are many indicators that we have entered the Golden Age of Philanthropy, and levels of giving in 2021 have increased. In 2021, Blackbaud reports a 17.1% increase in online charitable giving, a sure indication of the changing times ahead.

What Changes Have We Seen?

2020-2021 has seen huge increases in philanthropic behavior in most sectors, although none as much as arts & culture and environmental causes. In the year ending September 2021, Blackbaud reports that the arts & culture sector had seen contributions increase by 14.2% with a 10% increase in online giving.

No sector comes out on top like environmental nonprofits, however. Although they came in slightly under total donations at 13.6%, they topped out at an astounding 25.8% increase in online donations last year.

These increases in charitable giving closely follow the causes that younger generations consider valuable. With social justice, racism, and climate change leading the list of concerns between 13-39 year olds, the philanthropic landscape of the last year seems to be aligning with these causes.

What Can We Expect to See?

In the Golden Age of Philanthropy, we can expect to see similar upticks in donations to causes that millennials and gen Z hold dear. As more and more nonprofits move into the online space and make attempts to reach young donors where they are, we can expect the current trends to continue over the next several years.

We can also expect to see a difference in the way that charitable gifts are made. For example, in the past, it was very common to expect large donations from wealthy donors. Now, we are trending towards a fundraising climate that favors small, frequent contributions, and donors expect to see an impact from their dollars in their lifetimes.

How to Prepare for the Upcoming Era

As things are rapidly changing in the nonprofit world, it is essential that future-minded organizations begin putting plans in place for the upcoming changes. A basic review of your processes and strategies with your board of directors could kickstart a discussion about how best to approach a new generation of donors.

Previously, we have been focused on older donors using traditional donor data and wealth markers to determine the best prospects. The time has come to consider if those markers will still serve your organization in the next few years.

While, yes, it is important to still keep an eye on planned donations and major donations, ask yourself if you are missing out on frequent, smaller donations by placing the focus elsewhere.

It is worth considering if your organization is resistant to current trends because your leadership is out of touch with younger generations. For example, while you might not want to start making Tiktoks because you don’t like Tiktok, is that the best option for fundraising outcomes?  Or,, have you considered hosting a platform that allows your donors to develop their wills online, suggesting a small part bequeathed to your organization?.

Analyzing the trends in fundraising and being willing to engage in risk-taking to reach larger, younger donor pools can help skyrocket your donations for the year. Embracing change and willingness to step outside of the box can really make the difference

The ways in which you communicate with donors must change if your organization is going to adapt to the Golden Age of Philanthropy. Tired, worn-out methods won’t work with younger donors.

Millennials and Gen Z are used to an influx of information on a daily basis, so bumping up your contact through an e-mail newsletter won’t deter them from engaging with your communication if they truly want to.

These donors are also often very environmentally-minded and may not appreciate the use of paper and envelopes when the same information could have been communicated through an e-mail. Understanding what your donors’ value is the best approach to creating meaningful and lasting connections.

While it is nice to receive a large chunk of money in the form of a major donation, do not underestimate the impact that small, recurring donations can have on your organization.

Donating thousands of dollars may be out of reach for young donors, but they may be able to swing a $15/month donation. Over time, when added to an endowment, these small donations can significantly impact the level of interest earned, funding the future of the organization. We may even see a change in the currency used for donations, as the world rapidly turns towards cryptocurrency.  In the Golden Age of Philanthropy, this type of donor behavior will be common.

The Golden Age of Philanthropy is indeed upon us, and it is necessary for organizations to adjust. Nonprofit leaders that are resistant to change or embracing social media may find themselves trailing behind over the next few years.

Keeping the organization’s best interest in mind over your own personal marketing preferences is vital, and hooking young donors can lead to an entire lifetime of giving. Older generations have the tendency to scoff at younger donors and brush their contributions off as insignificant, but this would be a mindset error as we enter the Golden Age of Philanthropy.

PrevPreviousNew Year’s Resolutions
NextCost of Inaction vs Return On InvestmentNext