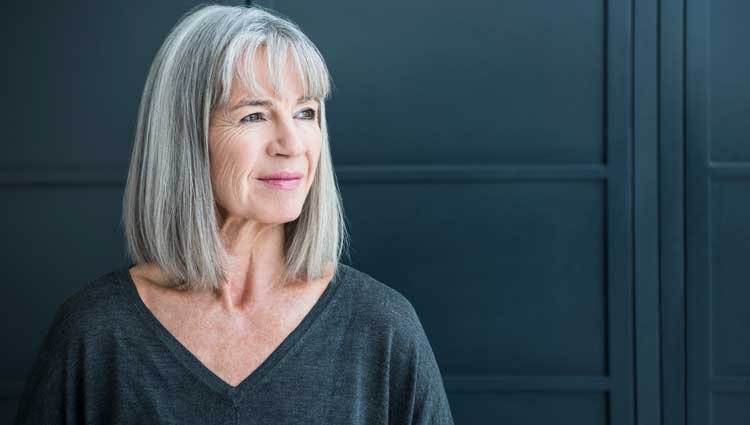 Which would you choose: buying yourself a pair of Jimmy Choos, or the opportunity to help someone else buy much-needed shoes?

Where women and money are concerned, society is flooded with inaccurate stereotypes and conflicting messages. However, studies show one theme increasingly rises to the top: The majority of women believe a meaningful life is not about an abundance of possessions. Rather, it is about using money to create a better life, not just for oneself, but for others as well.

One woman who truly exemplified this spirit was former First Lady Barbara Bush. When she died in April, the outpouring of sympathy and accolades rivaled those of Princess Diana twenty years ago. We loved Mrs. Bush’s prematurely gray hair, matronly figure, straight shooting, and her commitment to volunteer work. As my father said, “She was real.”

Although she “came from money” and privilege, Mrs. Bush bravely followed her young husband to a remote area of Texas to blaze a different trail than their families had travelled. (Her mother used to send soap powder, unsure whether they had any.) The former first lady was married for 73 years, one of only two women in American history to have had a husband as well as a son occupy the White House.

In her 1994 memoir she summed up her beliefs: “George Bush and I have been the two luckiest people in the world, and when all the dust is settled and all the crowds are gone, the things that matter are faith, family and friends.”

The Abundance of Possessions?

Ironically, the people who rose up and called Mrs. Bush “blessed” are part of a culture in which women endure a daily barrage of very different messages and images about finding happiness.

Two thousand years ago Jesus said, “One’s life does not consist in the abundance of his possessions.” (Luke 12:15, ESV) Mrs. Bush lived this truth. But what about the rest of today’s women? How do they feel about money, possessions, and wealth?

In a February 2016 article for The Telegraph, writer Nicole Mowbray says believing “stuff” can make you happy often leads women down a rosy path that ends in a tangle of thorns — particularly women in their 40s. She believes they’re more prone than older women to caving in to the urge to find fulfillment in possessions, and to spend money to relieve stress. According to Mowbray, “Many of these women have huge levels of debt on credit and store cards.” It’s ironic, she says: Their good credit rating allows them to amass the debt in the first place — leading to even larger piles of indebtedness.

Why, however, would they allow themselves to get into such bad shape? Mowbray gives several reasons: “Women are more emotional spenders; we ‘deserve’ nice things; fluctuating hormones; shopping makes us feel good (retail therapy).” She cites Professor Karen Pine’s research in Sheconomics, in which Pine points to marketing that urges women to buy things, promising to deliver happiness, contentment, beauty, and desirability, although they turn out to be false assurances. Pine’s solution is for those women to find something other than shopping to provide an emotional “rush” — like a sport or a hobby — and to set up a savings plan.

Camille Lombardo is a certified financial planner who works mostly with women in helping them manage their assets. She believes Gen X and Millennial women are more susceptible to indebtedness, in part because they “succumb to immediate wants and don’t always have a long view of things,” but also because of college loans. She advises the women who seek her help to focus not so much on what they have or don’t have, but about “meaning, your purpose” in life.

“Women value relationships and the lack of being stressed-out about money; being grateful for what they have,” Shariff says.

He says this also goes for their attitude about “stuff”: When asked to make a choice between buying anything they wanted or never having to worry about money, 84% of the women said they’d chose the latter.

Where Your Treasure Is

Author Margaret May Damen is a CFP who sees women as the nurturers and carers of society. She has written and spoken extensively about women and wealth, particularly related to Baby Boomers (those born between 1946-1964). She believes women want to know they have enough money, and appreciate using what they have “to express their values and beliefs by how they make money, invest money, and give money away. They want their personality to bring life to cold hard cash.” Above all, money for women, especially Baby Boom women, is a way to “make a difference in creating a better world.”

Camille Lombardo says, “once women are safe financially, they are free to do as they wish in life. Naturally, I hope they will choose to make a difference in the world.” She has lived her own philosophy, epitomizing countless women who use their means toward the end of leaving the world a better place. Fifteen years ago, she found herself “with a reasonable amount of financial security.”

She could easily have focused on pricey cars, homes, trips, and a designer wardrobe, but she says, “I wanted to give back, to impact a life. You don’t get meaning out of looking for stuff.” She decided to adopt a child from a desperately poor Latin American country, a child who is now thriving. Lombardo is passing down her beliefs to her daughter, having taken her back to her native land to serve others there. She smiles and says, “You know what they say: ‘You can’t take it with you.’ ”

Where women and money are concerned, it seems, treasures of the heart mean far more than gold, silver, and Jimmy Choos combined.